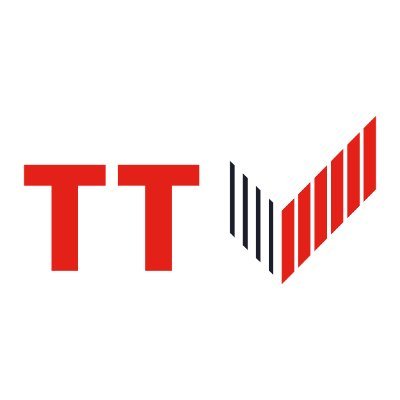 The COVID-19 pandemic that took hold through 2020 impacted historical cargo theft trends in a multitude of ways. Local and national restrictions on general movement affected the thieves’ ability to move undetected when undertaking their activities, influencing how they operated. The economic impact of the pandemic influenced market forces and therefore the cargoes primarily targeted by criminals. The overall number of recorded incidents reduced year-on-year by approximately 35%, despite a 10% annual growth in the total road freight market. The average value of each loss also reduced to nearly US$39,000 in 2020 from US$43, 000 in 2019.

As in the previous year the 2020 report pinpoints various methods of fraud as by far the most common modus operandi of thieves, with such methods once more accounting for around 83% of incidents. The balance was almost entirely theft from parked vehicles. Food and beverages also remain the most common type of commodity targeted. The volume of incidents fell by nearly a third, but these goods still made up 28% of total losses. Interestingly, the average value of goods taken fell by 22% indicating a focus on essentials rather than more attractive products of higher value.

The second largest cargo category remains metals but with much reduced share; 13% in 2020 against 24% the previous year. Once more there was a ‘value shift’ but this time to more valuable cargoes; the average per incident rising from US$28,000 to US$44,000. The year-on-year increases were seen in small increments across other categories including electronics, auto parts, household goods and clothing. Full details of the report’s analysis can be studied in English or Russian .

Kiril Berezov is Managing Director of Panditrans, TT Club’s Network Partner in Russia. He emphasises the dominant role that fraud plays in losses overall. “In contrast with many other countries, data from our 2020 report highlights that thieves in Russia rely heavily on fraud as a means of accessing cargo. The methodology of criminal organisations are distinct and fall into two primary categories: the driver being diverted by phone to unload at an unauthorized location and the use of fraudulent identities to access cargo. The ingenuity of the fraudsters is remarkable. They have sound knowledge of how the supply chain operates,” he said.

The report contains detailed case studies that describe, step-by-step how such diversions are arranged and how types of fraud are employed to ultimately complete the thefts. Mike Yarwood, TT Club’s Managing Director of Loss Prevention highlights the report’s important role in mitigating these incidents. “Above all else awareness is crucial. Everyone within transport and supply chain service companies need a degree of knowledge of the risks and how perpetrators of theft operate. Our report is aimed at providing detailed data but also provides a wealth of guidance on creating this awareness as well as further actions to be taken by operators in avoiding loss and damage to their customers’ cargoes and their own business reputations.”

Thorsten Neumann, President & CEO of TAPA in the Europe, Middle East & Africa (EMEA) region, says companies can take action to increase the resilience of their supply chains in Russia. “TAPA’s Incident Information Service (IIS) has recorded hundreds of cargo thefts and millions of euros of product losses, and this increases every month. In a high number of these crimes, losses could easily have been prevented by companies carrying out simple due diligence checks on the transport partners they are working with. There is now so much evidence of Fraud and Deception impacting supply chains in Russia, businesses should be well aware of the risks. This new report will help prevent losses.”

Ilya Smolentsev is Co-founder of IMPACT. He comments, “Cargo theft in Russia is heavily under-reported as in many other parts of the CIS area and Europe. The accumulated annual losses exceed RUB 10 billion (US$130 million) and exhibit a growing trend of producing negative influence on local and international businesses. IMPACT, as the leading independent cargo theft data source in Russia, created a unique risk management tool that helps the industry in understanding the magnitude of the problem in both Russia and the CIS region and in developing effective mitigation strategies.”