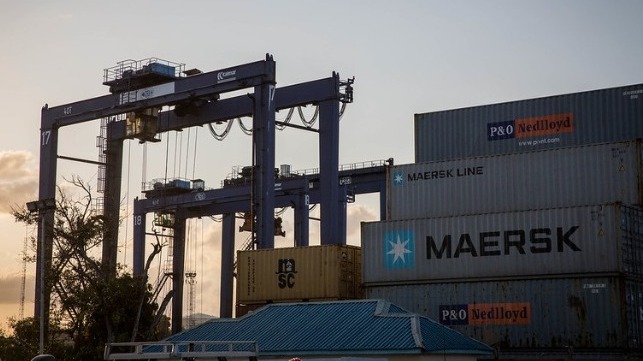 Authorities in Kenya and Tanzania have put modernization of ports at the top of the list of priority infrastructure projects, allocating massive resources for port development in the 2021-22 budgets.

In Kenya, National Treasury Cabinet Secretary Ukur Yatani unveiled the country’s $33.3 billion financial estimate, out of which he allocated $69 million for the Mombasa port development project. The project involves the construction of a second container terminal at the Mombasa port in order to expand the capacity of the facility and meet growing demand.

Projections show the port will handle 47 million tons in the next 10 years, up from the current 34 million tons, and eventually more than 110 million tons by the late 2040s

“We are committed to scale up development of critical infrastructure in the country to reduce the cost of doing business and ease movement of people and goods as well as promote competitiveness,” said Yatani.

Following the commissioning of the first berth at the new Lamu port, Kenya has set aside $69 million for implementation of various projects in the Lamu Port South Sudan-Ethiopia Transport (Lapsset) Corridor.

“Our current focus is to make Lamu a free port for both domestic and trans-shipment purposes,” Yatani said.

The Kenyan government has also announced a raft of incentives to encourage more shipping lines to use the Mombasa and Lamu ports as the gateway to the wider eastern Africa region.

“To further attract more ships to our ports, particularly to the recently launched Lamu port, the government will review the arrangements on fuelling by vessels calling at the Kenya ports with a view to allowing ship to ship refuelling and establishment of fuel bunker facilities,” noted Yatani.

He added that $800,000 has been allocated for the development of a Freeport and Industrial Park Special Economic Zone in the coastal city of Mombasa.

In Tanzania, Minister of Finance and Planning Dr. Mwigulu Nchemba unveiled the country’s $15.5 billion budget, of which $1.3 billion has been allocated to flagship infrastructure projects.

The government also allocated funds for projects at the Mtwara port, which will go towards the completion of the construction of a new berth with a length of 300 meters and a cargo handling yard.

At the Tanga port, funds have been set aside to finance the dredging of the port from four to 13 meters, installation of navigation equipment and completion of the construction of two deep-draft berths.

“The expenditure policies in 2021-22 will include the allocation of funds to priority areas that stimulate economic growth and accord priority to ongoing projects prior to committing new ones,” said Dr Nchemba.

Both Kenya and Tanzania are competing to position their port facilities as the preferred entry point to the region, particularly targeting inland markets in landlocked nations like Uganda, Rwanda, Burundi, South Sudan and the Democratic Republic of Congo.

Source:
www.maritime-executive.com
Posted by naeem at 11:41 AM
Share Article: