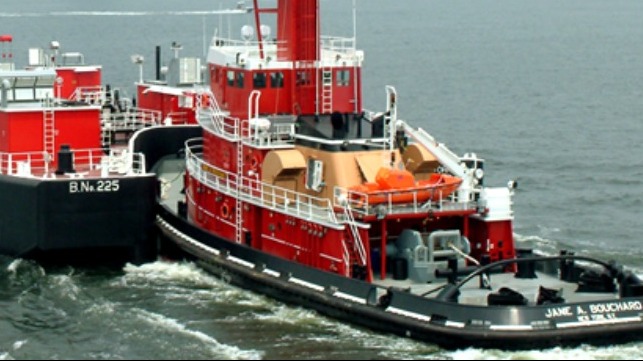 The bankruptcy judge hearing the case of Bouchard Transportation approved the bankruptcy plan which will see the company’s assets divided off to two buyers with partial recovery for the creditors. Efforts to develop an alternate plan that would have seen Bouchard retain some of its assets failed to materialize.

At a virtual hearing conducted on August 26, Texas bankruptcy court judge David Jones approved the plan that was presented to the court. They reported to the court that all of the debtor objections had been cleared after the creditor committee negotiated a settlement with Wells Fargo Bank, which holds liens against part of the fleet of tugs and barges. According to papers filed with the court, Wells Fargo agreed to subordinate a $20 million claim and contribute $50 million toward the settlement of the bankruptcy.

The judge accepted the plan after he was advised that the settlement with Wells Fargo provide the possibility for the unsecured creditors of Bouchard to receive distributions against their claims. Previously they had objected to the plan saying that it did not provide sufficient means to settle the unsecured claims.

The one remaining objection to the plan came from the former CEO of the tug company Morton Bouchard III. Morton Bouchard had been forced out of his role as CEO when the bankruptcy court named a new executive to oversee the process. Lawyers for Bouchard objected to the plan based on the language of the releases saying that it could hurt Bouchard in his defense on possible claims related to his actions as CEO. Judge Jones overrode the objection.

Under the plan presented to the court earlier in August, two bidders will divide the company’s remaining fleet of tugs and barges. Wells Fargo participated in one group buying the vessels on which it has liens and a second investment company, JMB Capital Partners, which provided debtor in possession financing during the bankruptcy, purchases the other portion of the fleet. The combined bids exceeded $245 million, but the original terms called for only $50 million in cash.

Bouchard Transportation had entered bankruptcy in September 2020 proposing to reorganize its operations. This spring, however, the company altered the plan saying that it had not been able to find a partner and that it would proceed to the sale of its assets.

Founded in 1918, the company had started by shipping coal. It remained a family-owned business for five generations with Morton Bouchard III being the sole shareholder. The company had run into trouble after an accident in 2017 and adverted bankruptcy earlier in 2020. Bouchard’s fleet consisted of 25 tugs and 22 barges that were sold at the beginning of August in a bankruptcy auction.

Source:
www.maritime-executive.com
Posted by naeem at 10:49 AM
Share Article: