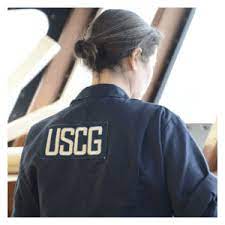 The United States Attorney’s Office for the Eastern District of Louisiana announced that five more defendants plead guilty in the ongoing case related to a long-running test score-fixing scheme at a United States Coast Guard exam center. The latest guilty pleas bring to 26 the total number of defendants convicted. Prosecutors originally announcing indictments for 31 individuals, including employees of the testing center, intermediaries, and individuals who used the falsified scores to obtain USCG licenses and employment.

During June, five individuals who used the falsified scores to obtain work plead guilty to the charges brought against them. One individual, Alonzo Williams, pleaded guilty to conspiracy to defraud the United States. Williams admitted in a court filing that he acted as an intermediary in the scheme to bribe a Coast Guard employee to enter false scores for another mariner. Williams also admitted to having had his exam scores fixed.

The maximum penalty for each of these five defendants is five years’ imprisonment, a $250,000 fine, three years of supervised release, and a $100 special assessment. Sentencing dates were scheduled for September and October 2021 for these individuals. In April 2021, a judge hearing the case sentenced the first three defendants to plead guilty to paying to have their scores fixed with each individual received a sentence of one year of probation, along with 100 hours of community service.

The initial indictment alleged two employees at the U.S. Coast Guard exam center in Mandeville, Louisiana in a scheme to fix scores on the required exams used to test mariners’ knowledge and training to safely operate under the authority of merchant mariner licenses. Coast Guard credentialing specialist Dorothy Smith is accused of entering the false scores in the scheme to provide the necessary credentials required to work at various positions on vessels.

In addition to altering the test scores, Smith is charged with using middlemen to connect her with mariners who were willing to pay for false exam scores. Co-defendant, Beverly McCrary is accused of participating in the scheme while she was employed by the Coast Guard exam center and continuing after her retirement. Both individuals are scheduled to begin their trials in the case.