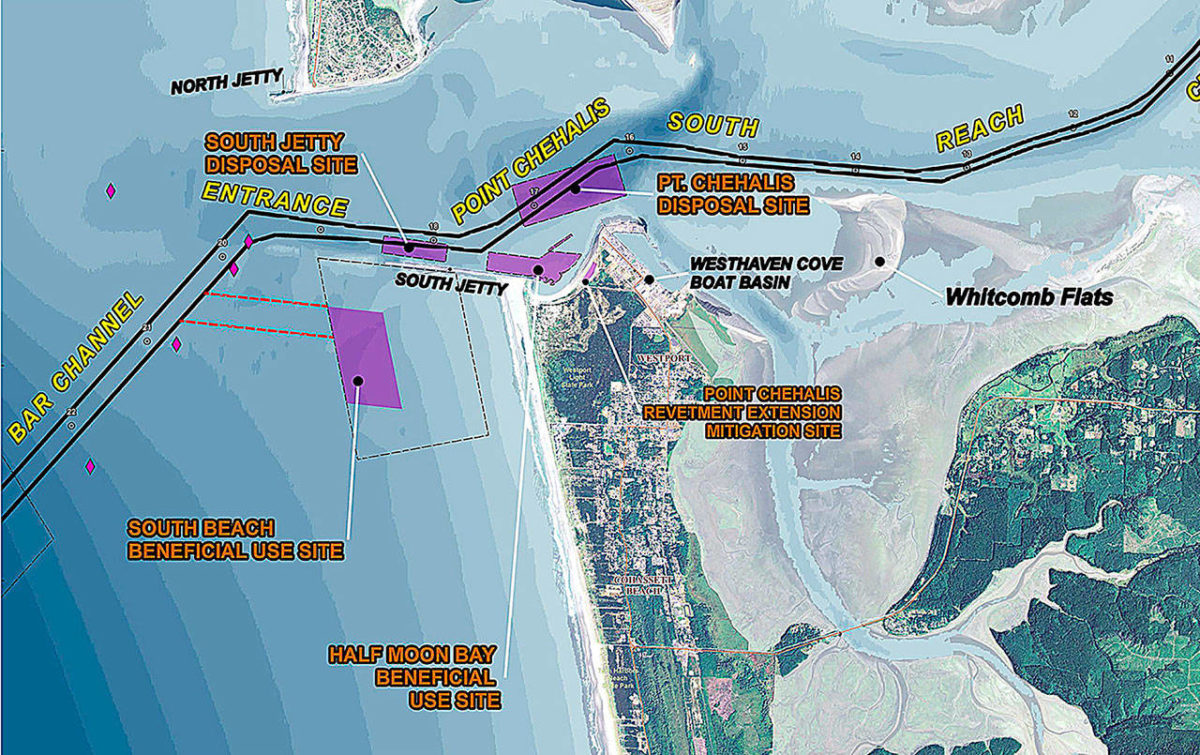 The dredging vessel Essayons is expected for dredge about 23 days. The Yaquina is expected to start dredging in the outer harbor April 8-10, and will work for about eight days. Dredging work will be performed 24 hours per day, seven days per week, with all work concluded no later than April 30.

Dredging will occur in shoaled areas of the bar, entrance, Pt. Chehalis, and south reaches. The goal, said the Corps, is to dredge about 800,000 cubic yards, with 600,000 placed in the South Beach Beneficial Use site. The remaining material will be placed in either the Half Moon Bay Beneficial Use Site or the Pt. Chehalis Disposal Sites. The corps sometimes uses dredged material for beneficial uses along coastlines to control beach erosion or build up beaches.

There is usually a significant number of crab pots in the South Beach Beneficial Use Site and access lane. The corps is asking fishermen and crabbers to move their boats, pots, and gear to avoid having it damaged. All dredge work areas, including the navigation channel, access lane, and target placement sites, need to be kept clear of fishing and crabbing activity and gear during the dredging.

Source:
www.thedailyworld.com
Posted by naeem at 11:36 AM
Share Article: